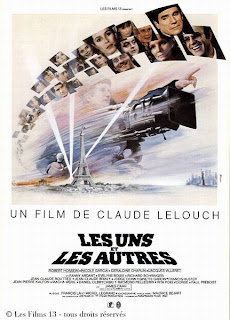 Les Uns et Les Autres is one movie worth watching. Again and again. From the first scene till the last there is one big circle of events, people and lives. At just under three hours hours, Les Une et Les Autres is a long movie but these three hours are amongst the best three hours I have ever spent on cinema.  The story of Les Uns et Les Autres  may seem as if it is about artists being herded into war; though soon we come to realise the reality, that it is never the one soldier who fights the war against his state's enemy but his entire family which finds itself at war, with cruel fate. For what else is it to the mother of an infant when her husband is executed for trying to escape his POW camp a few hours before the official end of hostilities. Or when middle aged parents are told the heart wrenching news of the death of their sons in combat even as across the street their neighbour is welcomed back home from the war by his wife and children singing to the tune of a jazz orchestra. Incredulous juxtapositioning? Perhaps to the inhabitants of today's world, secure as it is from any large scale armed conflicts between nations, yes. But not false. And it certainly can and does happen.

Music is the binding thread in Les Uns et Les Autres. It is the story of four families and their friends over the course of 25 odd years. Three of the four families, one each from USA, France and Germany , are connected to playing music and the fourth, a Russian family, is associated with dancing to music. The characters (and their children and children's children) over the decades keeping walking in and out of each other's lives usually without anyone realizing their mutual connections from the past. And perhaps that is how it is in real life too and if it is or it isn't, how will we ever know,  after all , we don't realize the connections we share with other random people criss crossing our lives, because once we do realize the connection, they stop being random people. Ancient friendships which stains under the weight of things kept unsaid, and angry recriminations erupting at the wrong time, only to be bolstered by the feeling of camaraderie and bitter sweet memories. A badge of honour from the wrong man which will forever be an albatross around one's neck. People who know what to do to get by when the times change; who know how to bet on the winning horse every time but only for so so long for fortune is just one giant Ferris wheel. The stories of the War generation give way to the stories of the 60s generation and yet the stories are essentially the same  ...as if they had never happened before… the Ferris wheel keeps coming back. Even the ending of the movie comes back to the beginning. 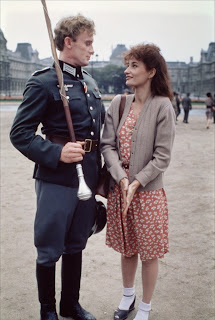 One thing  I liked about the movie is that certain key scenes involve the supporting cast. In fact there are no protagonists, everyone who is shown in the movie has a significant role to play in some way just as in real life everyone is equally important, in a way. Comic relief is provided in the form of the two teenage brothers who can not give up on even the smallest of oppourtunities to throw punches at each other (in good humour) though ultimately there is a tragedy in this as well. The overall sense is one of tragedy. The last one hour moves quite quickly. Time loses its continuum and leaps back and forth, some scenes are genuinely confusing as the same actors play both the parent and the child or the grand parent and the child. This technique of narration takes some getting used to but fits perfectly into the overall "feel" of the movie. Some pretty solid editing manages to hold everything together.


There is minimal use of dialogues. Most of the narrative progression is through visuals and not through dialogues. Significant events, such as courtship and marriages, come to happen over the course of a few seconds. Yet, there a voice which does narrate certain events which are not shown to have passed but lead to other events in the chronological progression of the script. The narrative is mostly linear. Some of the dialogues are truly inspirational. Sample this one; "No man who has known war could ever start another. Those who start wars must know no friends nor lovers. Must be their way to get revenge on those who are happy." 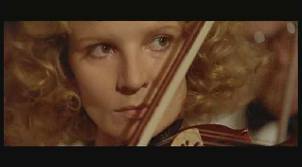 Claude Lelouche's direction is fantastic. The way the focus moves from the key characters in the foreground to the supporting cast in the distant background brings out the significance those supporting roles have for the movie. Cinematography is quite good. Fantastic use of zooms to take the viewer inside the thoughts of the character on scree and at other times to fix the character inside the larger frame of things. My favourite such scene is the mental asylum scene shot through the window in which the camera follows a middle aged son as he walks towards his old and mentally ailing estranged mother siting alone on a solitary bench in the light of the setting sun. I loved the winding staircases which keep cropping up throughout the movie and the extremely wide angled fast moving circular shots of these winding staircases. Long shots where the camera follows the actor are also well suited to the overall aura of the story.  I liked everyone's performance in Les Uns et Les Autres, Geraldine Chaplin in particular has acted quite well. I felt she did a great job in Doctor Zhivago too. Actually everyone's dished out great performances.

I have added another great title to my list of all time favourite movies and I am sure Les Uns et Les Autres will touch every one who see it in one way or another.

And the dancing...did I mention the phenomenal dancing? Check out Jorge Donn move to Maurice Ravel's  unforgettable Bolero.

Oh! An there's even a glimpse of Sharon Stone thrown in for good measure.